Hi again everyone!
I have new project to show: The Fox Hunter.
It's simple to the descrive the character, is Fox carrying a gun. My initial inspirition, is the hunter in the movie Jumanji, and after that i took some inspiritions in the World of Warcraft's hunter and in the book of Paul Bonner have some wolf carrying a gun too...
I know i would have to draw my concept, but my skills in drawing is to little to visualize the project. The only thing i draw is the pose where the Fox will be...
Ahh and other thing, this is my first time creating the armature. A bit difficult, but is fun to make it.
Follow the first images: 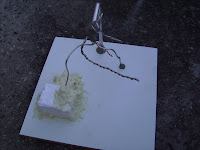 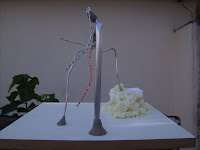 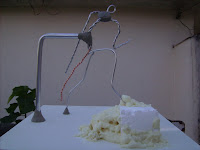 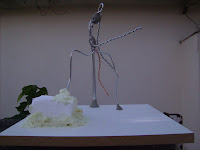 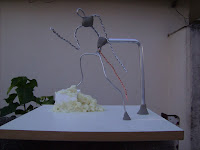 Well, this the first part, in the next friday i will post the blocking and the head of the fox!
See ya!!!
Postado por Sólon da Geb às 14:06